In this remote work age, time tracking is even more important than it's ever been. Full time employees that used to work in cubicles are working from home and freelancers are quickly becoming a big part of the core staff. With all this change comes various challenges for workers, managers, executives and business owners. Maybe Excel spreadsheets used to work to track staff hours, team productivity and account billing when everyone was in the same building, but now people are distributed everywhere in the world. Keeping track of who's doing what, how effective everyone is and where breakdowns are is paramount for big and small businesses alike.

One of the most well known software tools in the time tracking space is Time Doctor. They've been around for more than 10 years and have a deep, mature and useful feature set. If you searched for productivity advice on Google in the past 12 months then you've almost certainly heard of Time Doctor. I certainly had. But after spending some time digging into the tool suite, I've come to realize just how essential the platform is.

Time Doctor is time management software for employees that tracks time and activities. It sends daily reports to managers of current tasks and the time log for the previous day. This software also tracks web sites visited and applications used. It is designed specifically for remote working teams to ensure that employees are working and track the hours worked. The application consists of a desktop component that connects with a server and provides reports to management via a software as a service model.

At it's core, Time Doctor is about tracking time in the most seamless possible way. But it includes a ton of other features that help teams operate at peak efficiency. Here are the main features that the product offers and I've highlighted the ones I'm going to dive deeper on.

Getting Started with Time Doctor

I love software that doesn't require a credit card to start using. Although I thought the signup flow was clever in that they asked for a credit card and offered me a $100 discount if I did enter my card. Moreover, I've written a lot about signup and onboarding processes for SaaS and I like how Time Doctor walked me through various getting started steps to jumpstart using the product. They have a nice setup checklist with a progress bar that always feels good as I check off items.

Time Doctor has a "no touch" philosophy when it comes to time tracking, to do this they have a desktop app for Mac, Windows and Ubuntu as well as a Chrome extension. They also have a handy "batch" installer for large scale implementations. The idea is that once you've got the desktop client installed, Time Doctor just  tracks everything in the background. When setting up my team, I'm able to set user access roles which control what a user can and cannot do.

For freelancers, I would generally want to track everything with no ability for that person to start and stop time tracking or edit their entries. Time Doctor calls this "silent" usage meaning that the user doesn't have to do anything, it just works. For more trusted staff members, I might give permissions to see a log of tracked work as well as edit entries. Managers are given more oversight with visibility into work screenshots, time logs and editing. Of course, as a admin, I can modify all of this quickly from a user settings page.

So far, the thing that stands out about Time Doctor is the automation. I went about inviting another user as "silent" and setup my desktop client for this user. Once installed, all I really need to do is change the project and the task grouping as I work through my day.

Time Doctor does the rest. It tracks everything I do, logs the software, apps and sites I go to (more on that later) and even takes screenshots of my desktop showing what I'm viewing.  The desktop client is simple and lightweight. There is literally no training needed for just about anyone working for my business, even my mom could figure it out.

Once tracking begins for my staff, I get a ton of visibility from the Time Doctor portal. Tracking activity is partly about operational oversight for payroll, project tracking, invoicing and so forth. But it's also about understanding productivity and team efficiency. And of course, for those "big brother" types, Time Doctor really gives a picture (literally) of what each employee is doing — down to the mouse scroll and keyboard click.

The view above is of Time Doctor's screencasts section. Personally, I wouldn't use this feature as it's just a little too much oversight. And you can see I was playing a game in the background ... doof. But for some companies that deal with a large outsourced staff, freelancers or part-timers, this feature might be critical. I was impressed at how seamless it was too. As an admin, I can control the frequency of screenshots: every 3, 15 or 30 minutes. And with an upgraded account I'm able to get video capture as well.

Pretty much everything within Time Doctor  is managed from a single top navigation menu. Although, I did struggle to find the manage users section as I originally found it within the "Invite" section then under "User Settings". Later I realized there is a direct navigation from the settings dropdown. And the rest of the features are front and center and easy to find.

As I've said, Time Doctor is really about automation, speed and simplicity. Most users really aren't going to use much of the platform and in many cases I wouldn't give them access to anything other choosing project and task type (as shown in the screenshot a few paragraphs above). But the product does offer the ability to modify time entries. This capability can be assigned at the user or group level. By default, admins and managers are the only users that would typically edit tracked time. The case does come up of course. A user mis-enters time tracked for example or you decide to reduce the hours for a particular project or you need to add hours manually for a project. But for most companies this edge case can be handled by managers, which keeps users focused on whats important — doing work.

From the "Edit Time" menu option I can see a snapshot of activity by user, although this screen is really about modifying tracked entires. The real analytics happens within the "Reporting" section which I cover later in this article.

It's very easy to create projects and tasks from the "Settings" menu. I was again impressed with changes in this section instantaneously updating in the desktop client. As soon as I added a new project or task type, it was right there in the client for my users to begin tracking. Of course, I can control which users or groups see which projects and tasks with user permissions.

Love This: Time Doctor is so ridiculously simple to use. Clearly they've been at this for while, but unlike many mature software platforms that are bloated and overly complicated as more features are added, the Time Doctor product and dev team have resisted over-building and over-complicating the tool.

So whether you are an agency with tons of clients and task types or a small business with just one project and a few task types, Time Doctor just works. I guess that's partly why the company has been so successful.

Getting Productive with Time Tracking

One of the big benefits you're likely to see after using Time Doctor for a bit is a bump in productivity. This happens naturally due to the reduction in manual tracking by your team, but also because of the productivity reporting. Productivity starts by assigning a rating for each software application and website that your users are working in. This is separate from the core reporting module and accessed from the settings dropdown.

Productivity rating is a company wide metric that takes into account all users. So when you set the rating for a particular application, it impacts the reporting across anyone that uses that application. In the example above you can see that there was no automatically set rating for a software application called BGA. This is that game I was playing earlier, it's Board Game Arena and it almost certainly falls into the unproductive category — at least from a managers perspective. Individual user activities and ratings can be found in the reporting section of the app.

By default the productivity report displays by user but I can toggle to show by application/website. In the screenshot above you can see I'm pretty active in Notion. I'm actually writing this article right now in Notion. Incidentally, if you haven't started using Notion, check out my article comparing Evernote vs. Notion — I'd be surprised if you don't switch after reading it. It's easy to shift between productivity ratings and get a quick picture of what's holding your organization back or propelling it forward.

True to it's philosophy, Time Doctor offers reports that are easy to understand and actionable. It would be easy to offer a million slice and dice style reports with charts and graphs but honestly, I know too many people that think that's cool but don't know the first thing about analytics. Here are a list of the reports you'll see and use in Time Doctor:

Activity Summary - This report shows tracked time by type as well as total tracked. It's a quick way to see who's on track and who's not.

Hours Tracked - This report simply shows hours by user by date range. It can be grouped or broken down by day over a range.

Projects and Tasks - This report shows time tracked by user for each project and subsequent task they are working on.

Timeline - This report shows you activity by hour for a particular day with a breakout view for specific project and task by start and end time.

Web & App Usage - This report is similar to the productivity report but breaks down the usage by user and filterable by productivity rating.

Time Doctor is not an accounting platform or payroll system, but the tool makes running payroll way easier. The tool simply exports into your payroll system, they have integrations ADP, Gusto, PayPal and others. Or just use the tool to do manual payroll, either way this will save you a ton of time, especially if you're running a large team of contractors.

Bottom line, Time Doctor is time tracking made simple. It just does what it says it does with no overhead, minimal learning curve and is useful for small and large organizations alike. The desktop tracking app is slim and always works. I didn't have a single crash since installing and it consistently stops and starts tracking accordingly (like when I go idle). My favorite aspect of Time Doctor over some other tools out there is their dedication to "silent tracking".  For most users, Time Doctor does everything in the background. With the added visibility into productivity, this tool is a no brainer for any company with a staff more than one.

I really enjoyed testing Time Doctor. I've done about eight of these SaaS product review articles now and I continue to find clever and useful features I didn't know about. With Time Doctor, it wasn't just the ability to track my teams activity, but the potential for increasing overall performance and work velocity.

Got any favorite SaaS products you'd like to see me review. Reach out and let me know. 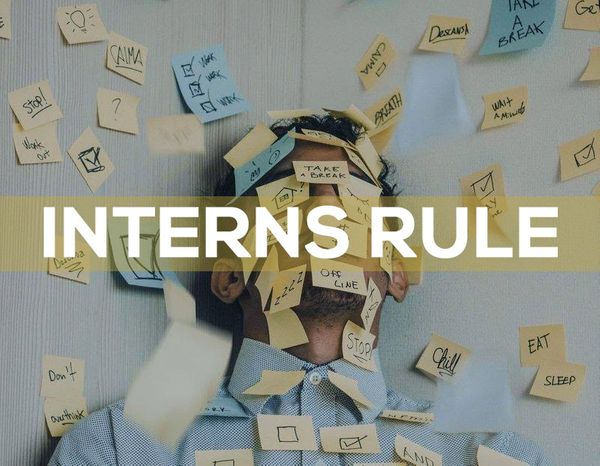 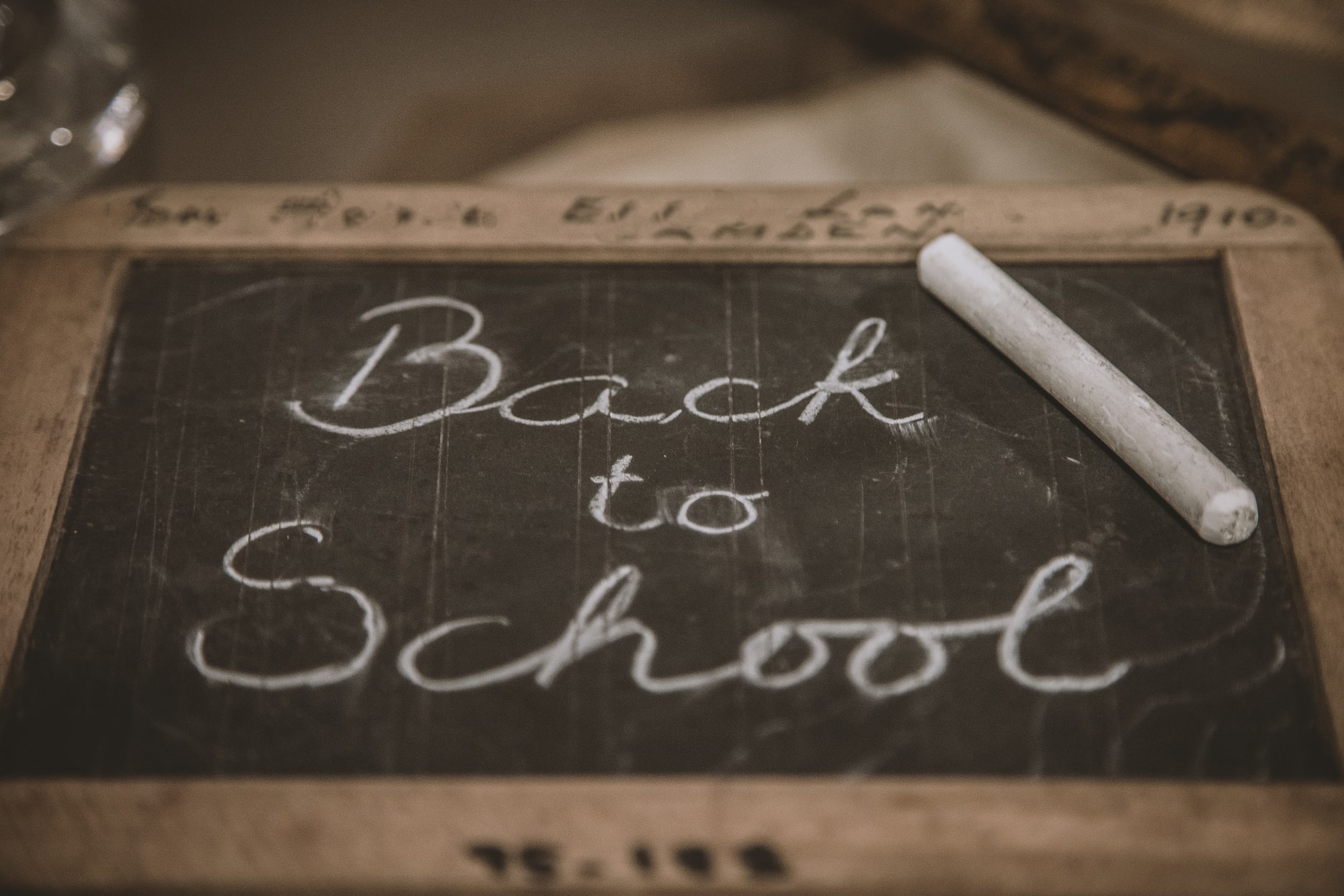