Zoom is the best of the worst, here’s why.

Zoom is one of those softwares I put in the category “Best of the Worst”. It basically sucks. I will give them credit for one thing, the backend is pretty good. For the amount of people that use Zoom every day, and with big meetings, the system works pretty darn good, way better than Google Meet in terms of not dropping, video quality, sound quality, connectivity, all that. But in terms of UX/UI and features, it sucks bad and hella annoying.

We’ve all ready the Zoom-Bombing articles (Zoom-Bombing = people joining your Zoom meeting and trolling or being inappropriate) and how to lock down your Zoom meeting. But Zoom needs to step up features ASAP because there is so much low-hanging fruit. Until COVID the company hadn’t done a feature update in years it seems, just riding the wave of Enterprise software. Now that everyone and their grandma uses Zoom, they need to add some basic shit.

The fact that they don’t have this is a total fail. This need relates to both hosts/co-hosts as well as normal participants. We’ve all heard of Zoom-Bombing — people joining your Zoom meeting and trolling or being inappropriate. This problem is fairly easily solved by just muting participants and not letting them un-mute themselves — for audio, but video is hard to monitor, especially in a big meeting. If someone is flashing themselves in video and there are 300 people in the meeting, it’s REALLY hard to find them and block their video or kick them.

The simple solution is just to have a button on the participant list to instantly jump to any users video so you can see what they’re doing. Duh. You can choose to “spotlight” a video, but thats no good because it puts that person’s video front and center for ALL participants, so if someones acting up, that’s the last thing you want to do. You can click on someone’s video and put them on your second screen, if you’re using two monitors, but that means you have to find them first.

Where it Should Be Done

From the participants list there is a blue button that says “More” which has various options depending on whether you are a host/co-host or regular participant. Just add an option to jump to that users video feed. Simple and easy.

When you’re looking at a list of 300 people and some have video, some are muted, some are not muted, some just joined, some have their hand up and so on. It would save a ton of time if you could simply filter or sort by various attributes. Here’s what we need:

Zoom gives participants and hosts/co-hosts various options, but they’re all over the place. You have the Security Button on the main bottom bar. You have the Action menu from the video box for each participant. There is More menu on each person in the participant list. There is a More button on the bottom of the participant window. And there is an Action menu on the bottom of the Chat window. That’s five friggin locations to hunt for what you want to do — STUPID. Look at all these.

4 — File Transfer to Individual People Not Just Everyone

This is just straight annoying. There is no way to transfer a file to just one person? You have to send it to everyone in the meeting. WTF.

Clearly the Zoom team has NO IDEA how people actually use their product. They’ve been coasting for years on a single use case — enterprise companies that have lame ass board meetings with 10 people and but pay for all 500 people in their organization… and I guess sales people doing SaaS demos. But after COVID, it became pretty clear that people, companies, families, friends and everyone in between. And we all use it in different ways. Zoom should actually talk to some customers and learn about how they actually use the software. One feature in particular that has become critical for anyone using Zoom for a group participation type meeting is a timer. If you need to limit peoples share time there is no easy way to tell them their time is up. A host can just unmute and say “THAT’S TIME” or something, but it’s really annoying. It would be great if you could just manage a timer that had a gentle jingle that could play either to the current people that are un-muted or just to everyone.

Jesus this is annoying. The chat window is basically useless even with only a handful of participants. Whether you disable chat for participants or not, everything is just a mashup of chat. This is easily solvable by just having a tab at the top allowing you to toggle between Group and Private. Within the Private section it lists people you’ve messaged, then click the user you want to DM with. Show the unread counts, last message date, you know, obvious messenger type crap.

If you have more than one host/co-host, this is really frustrating. Here’s how it goes. You need to unmute “Mark”, you are a co-host and you search for Mark, find him and un-mute him. Then another co-host does the same thing. You un-mute him first, then the mute status doesn’t update fast enough so the other co-host thinks he’s still muted and also un-mutes him, but actually he’s just muting him again (ala the Toggle). And back and forth it goes. The simple solution here is just to have separate buttons for Mute and Un-Mute, so if the use case above presents itself, it doesn’t matter because the two co-hosts are simply pressing un-mute and not toggling between mute and un-mute. Problem solved.

Finding how to raise your hand is hard enough (and as I shared in #4 above, if your a host or co-host you can’t even raise you hand WTF). Just put a big button on the main toolbar that says “Raise Hand/Lower Hand”. And when your hand is raised, show the little hand icon on the participant view as well as the video feed.

I have to believe they intentionally did this because if it’s an oversight then these guys are literally monkeys. If indeed they did it for security reasons, it’s just dumb. You can easily take a screenshot of anything in chat anyway, so just making it harder for someone to copy and paste is asinine. Or maybe they are just that bad and it’s an oversight. Either way, it has to be fixed.

Ok, well that’s it… for now. I’m sure I’ll find more. But this whole “we’re enacting a feature freeze” is complete BS. They haven’t built a good feature since bell-bottoms went out.

There are a ton of wallet iPhone cases. But only a few with elastic card holders. Jimmy Case and Thread Wallets are the best, here's my review. 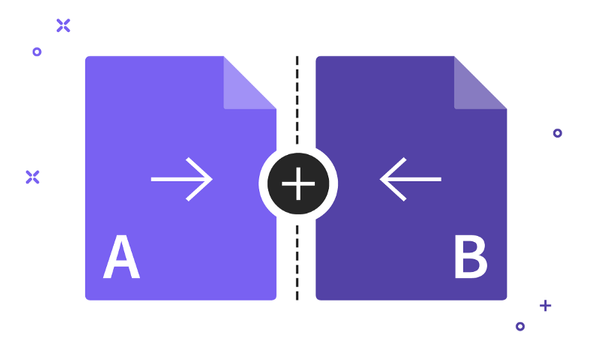 This little trick to combine multiple CSV's into one is easy and useful and doesn’t require any programming experience to do it.